Abu Dhabi, the capital of UAE, is not as popular as Dubai but deserves equal importance and appreciation. Quite popular for its deep-rooted culture and traditions, the city has several marvels that would make Abu Dhabi city sightseeing tour an interesting day.

The Abu Dhabi city tour package includes transportation. The 2 hours you spend commuting from Dubai to Abu Dhabi and back would be in a comfortable vehicle. The first stop of the tour would be at Grand Mosque or Sheikh Zayed Mosque which is the largest mosque in UAE. Resplendent with white marble, crystal chandeliers and intricate designs, the mosque is opulent and beautiful. You would also get to see Emirates Palace, Abu Dhabi Corniche, Abu Dhabi Culture and Heritage Centre, etc. during your tour. The Abu Dhabi city tour is not all about sightseeing. On the other hand, you would also get to have lot of fun at Ferrari World. The Date Market of the city is also a part of the itinerary.

This sightseeing tour ensures that you get to enjoy the major attractions of Abu Dhabi. During the tour, you would also get to visit the WTC Mall and indulge in some shopping. The tour also includes lunch at the Courtyard Hotel by Marriot. But this comes with additional charge.

A visit to Abu Dhabi is a must if you are holidaying in Dubai, to get a complete picture of the culture and lifestyle of the people of United Arab Emirates. 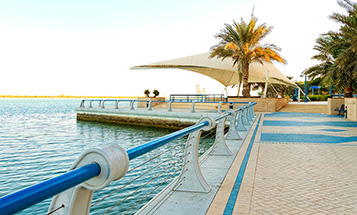 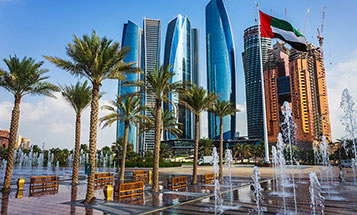 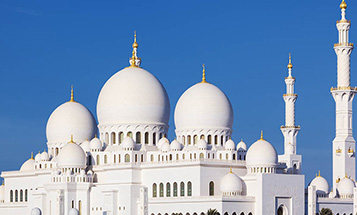