If you are in Dubai for a holiday, do not restrict your sightseeing experience to Dubai and Abu Dhabi. Choose this Sharjah city sightseeing tour that gives you the chance to explore this neighbouring city of Dubai. Known as the Cultural Capital of UAE, Sharjah is the only Emirate from where you can access both the Gulf of Oman and the Arabian Gulf by land. Although the city is not as glamorous as Dubai, it has its fair share of attractions that would interest any tourist.

At the beginning of the Sharjah city tour, you would be picked up from your hotel in Dubai in a comfortable vehicle. The tour would take you all the major attractions of the city including King Faisal Mosque, Sharjah Corniche, Qanat Al Qasba, Central Souk, etc. You would also get to spend time at the Islamic Art Museum where you would be able to learn more about the Islamic religion. Apart from all this, the Sharjah city sightseeing tour would also take you to the city's Fish Market as well as the Central or Blue Souk where you can enjoy the colours and chaos of a traditional market.

At the end of the Sharjah city tour, you would be driven back and dropped off at your hotel in Dubai. If you find this tour interesting but are not based in Dubai, do mention this at the time of booking. We can arrange for pickup service from other Emirate cities at an extra surcharge. 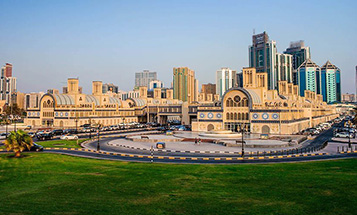 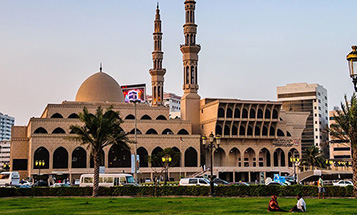 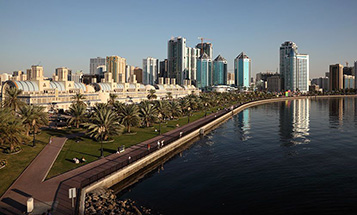