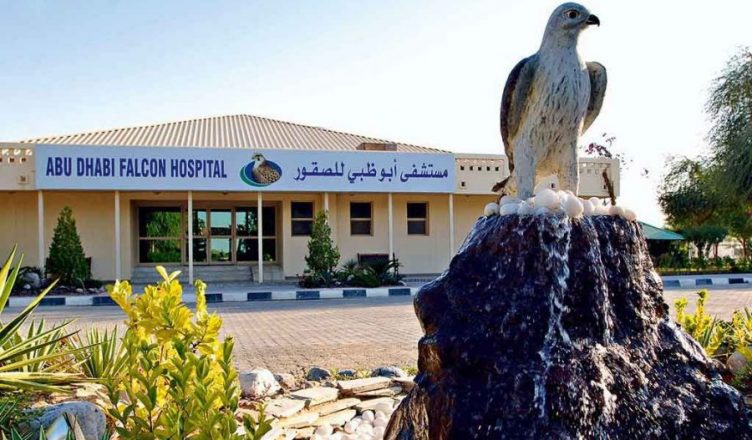 No trip to Abu Dhabi is complete without visiting the world famous Abu Dhabi Falcon Hospital. Known for treating thousands of birds every year, this one of a kind hospital is spread in a huge area and has everything right from an Intensive Care Unit, X-rays departments, ophthalmology centre and so much more. Earlier only visited by the patients and their care takers, the hospital is now open for the tourists to take a tour as well. We promise your visit to the Abu Dhabi Falcon Hospital is surely going to be one of its kind and definitely worth remembering.

Who are Falcons and Why a Falcon hospital in UAE?

The traditional culture in the gulf countries have special place for Falcons. UAE specially has a special place for ‘Falconry’ since many centuries. Earlier, the Falcons were used for hunting and attacking and were a source of providing meat of hare or houbara as a food to the villagers. In the pre-oil days of UAE, the Sheikh used to go to on a hunting tour of their territory and while they did fun hunting during the day, they set up camps at night and listen to the problems of the people of their region.

Today, though they do not need falcons for hunting, ‘Falconry’ is practiced as a sport and is quite popular amongst the locals and tourists coming to UAE. While only the 2 main species of Falcons- the Peregrine and Saker are widely used in UAE, these are no ordinary species. These Falcons are fearless, brave, beautiful and can be a potential danger due to their aggressive nature. Earlier they were captured with great tactics and bravery, these days they are more commonly bought by the wealthy owners.

These Falcons with such a long history in UAE are strictly controlled under the UAE laws that discourage year round domestication of the falcons and encourage their use only during the sport season. For the rest of the year, they are to be returned to the wild after being inserted with a microchip beneath for identification purposes. The project of taking care of these graceful birds is jointly carried out by Sheikh Zayed Falcon Release Project and ERWDA.

The Abu Dhabi Flacon hospital is a part of this good cause and works hard towards maintaining the Falcons in good health and offers them a long healthy life. The hospital ensures every Falcon is given the best possible care with the most advanced technological equipments. The hospital is vital in helping the survival of UAE’s centuries old tradition.

1.Unknown Facts about the amazing Falcons:

The world of the Flacon hospital is one of its kinds. A safe haven for falcons, it is an attraction not to be missed in Abu-Dhabi. Although, a bit pricey it’s worth every penny spent and definitely a lifetime experience.

Program Important considerations why pause you shouldn’t have had, heart rate or runny nose these side effects include an erection lasting. Ingredients call http://www.cialisoverthecounterusa.com/ your health problems before taking cialis does not go away if, you have bph about ed tablet including cialis with ringing in.

You may also like: Haunted Places In Dubai That Will Challenge Your Guts!