The amazing transformation of Dubai in the last decade or so has raised several eyebrows and make Dubai stand tall on the international stage. The land of sand has grown into a vibrant city which is visited by thousands of tourists each year. A world of magic and fantasy is what many people term it.

There are several festivals and events which are hosted by Dubai and it is a treat for the tourists and guests to be a part of these amazing festivals. Dubai’s cultural ideology is built on the pillar of Islamic civilization. Islam is treated more than just the religion, it is the way of life, it determines the lifestyle and the way the events are conducted and held. 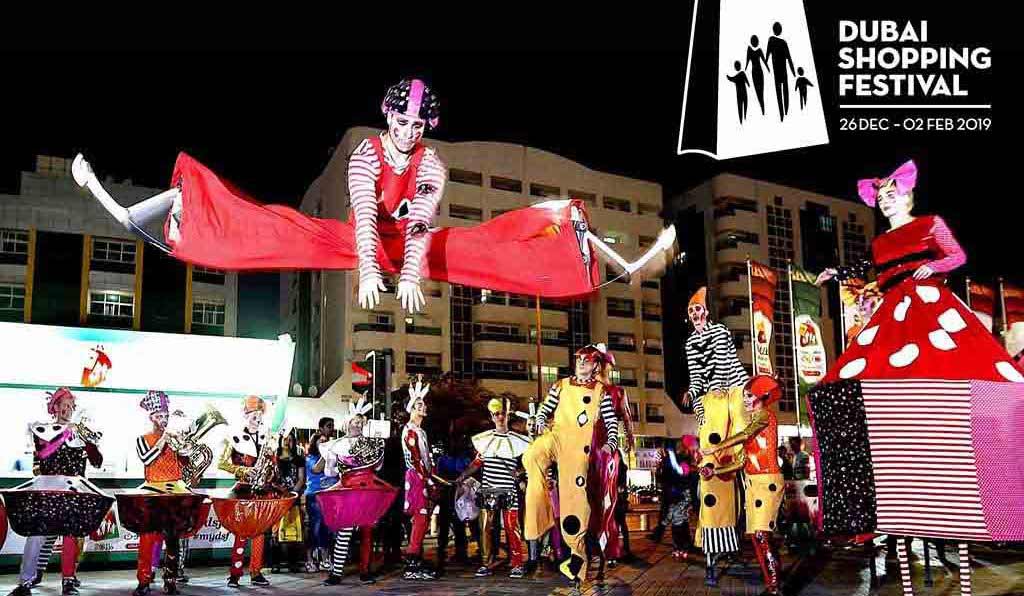 Ramadan falls on the sacred 9th month of the Islamic calendar which marks the revelation of the Holy Koran. The Muslims observe fast from dawn and abstain from food, drink, sexual affairs, and smoking till dusk. Foreign tourists and visitors are also expected to follow them and abstain from indulging in the above in public.

Eid Al Fitr is a major Muslim festival which is celebrated at the end of Ramadan. It is also known as the ‘Feast of Breaking the Fast’. The celebrations go on for three days and kicks-off with morning prayers each day. Gifts are also exchanged between individuals or parties.

Eid Al Adha is celebrated on the 10th day of Dhu al-Hijjah and is also known as the ‘Feast of Sacrifice’. This day marks the willingness of Ibrahim to sacrifice his own son at the command of God. The celebrations go on till four days and a sacrifice of either a cow, ram, camel, etc. depending on the region where it is celebrated.

You may be wondering why this is termed as a festival. Well! The Dubai Shopping Festival is no less than a festival. This shopping extravaganza brings in heavy discounts, offers, prizes, fireworks, competitions, fun and loads of entertainment for tourists, visitors, and locals to indulge in. The DSF has played a key role in transforming Dubai on the international stage ever since its inception.

Global Village is one of the most popular venues for all cultural, marketing, and entertainment activities. Every year, Dubai hosts the Dubai Summer Surprises which brings in tourists and visitors from all around the globe. A perfect occasion to visit Dubai during the summer holidays.

This has to be one of the largest IT exhibitions hosted in the world. Held annually in Dubai, where the latest ICT and eServices are launched and showcased.

Dubai is popular for its fashion and its horse racing activities. Held on the last Sunday of the month of March every year. This is a lavish event which is stuffed with big names and iconic fashion labels. No wonder it is termed as the richest horse race event in the world.

A thrilling Rugby action, full of entertainment and record-breaking crowds is what marks the entry of the Dubai Rugby Sevens. Held each year, this event has been an instant hit among the spirit of Dubai encapsulated by the locals and tourists alike. Spread over three days, the average crowd witnessing this marvelous event is around 120,000.

Sponsored by Standard Chartered, the Dubai Marathon is an annual event held in the month of January. Launched in the year 2000 with only 100 runners, today the first prize winner takes home a prize money of US$250K. Close to 2000 runners participate in this competition. You would be cheered by the DJs and international coverage during your event.

Home to a dramatic and one of the most demanding terrain. There are participants from all around the world racing their cars, bikes, and trucks through the desert. Popularly also known as the ‘Abu Dhabi Desert Challenge’ as Abu Dhabi hosts the major season in this challenge. Spread over two days, one should be able to keep one’s nerves and maintain extreme endurance levels coupled with hardcore driving skills.

Come February each year, the Dubai Jazz Festival is hosted by Dubai. A treat for all the music lovers. Sit back and relax in one of the most chilled out atmospheres along with several Food & Beverage zones which bring in many big label brands and an attendance close to 46,000 fans over the weekend.

The Dubai Tennis Championship was started in the year 1993. Since then the championship has gained increased popularity each year. The tournament is held for both men and women and your major tennis stars like Goran Ivanisevic, Roger Federer, Martina Hingis, Amelie Mauresmo, Juan Carlos Ferrero, and Justine Henin, etc. Held at a time when the weather is pleasant in Dubai. It is an exciting opportunity to see your stars sweat it out on the court.

One of the leading film festivals held in the Middle East, Asia, and Africa ever since its inception in the year 2004. This is one of the influential platforms for the Arab filmmakers to showcase their potential and skill at the international level while contributing to the growth and development of the regional film industry. Held in December each year, this is one of the best cultural events which you can be a part of.

You may also like: Why you should visit Dubai in December?